From the beginning of time God has communicated His desire to have an intimate relationship with mankind. Unfortunately, the human race became separated from God when Adam made a choice against God. Thus, destroying the relationship for all mankind.

God however made provision for mankind’s restoration through the shed blood of His only Son Jesus, on the cross. He also made it possible for us, through the resurrection of His Son, to experience the Supernatural Life of Christ by simply choosing to receive His Spirit through His divine imputation. By this, it becomes possible for all of mankind to live a Supernatural Life in the face of this challenging natural world. 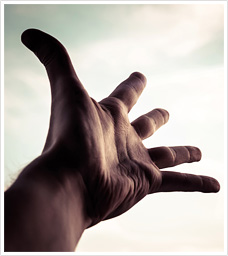 The journey of Total Life Ministries began with its founder, David E. Ritzenthaler, who (while in his early childhood in the late 1940’s.) was strongly impressed by God to begin what became a life-long study of how the Supernatural Life of Christ can be both personally experienced and also taught to others!

David realized, by his teenage years, that the Word of God (the Bible) has everything needed to live effectively in all seven (7) areas of life. From young adulthood, David was equipped by God to us the Scriptures to cause many lives, marriages, and families to be transformed.

God consistently revealed dozens of images to David that were then developed into diagrams illustrating how the Scriptures have real and practical application for everyone’s needs, challenges, and life circumstances.

This ultimately resulted in the formal creation of Neues Leben International (German for ‘New Life’) which eventually operated under the dba of its most popular teaching conference, “Victorious Christian Living” International. David effectively ran this international ministry as President for 27 years. 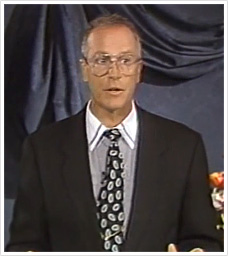 The Victorious Christian Living Conference (VCL), Lay Ministry Training (LMT) and Training in Discipleship (TID) were each created for the purpose of producing capable, stable, and mature Christians in order to assist them in becoming workers in the Kingdom (Matthew 28:19-20).

Eventually David stepped down from VCL and devoted more time to writing and developing materials that would continue his legacy of responding to God’s call to equip believers. However, it became apparent after only a few years that God wasn’t done using David to directly lead, encourage, and equip world-wide leadership in the discipling of strong, mature, and productive believers. Thus, Total Life Ministries is continuing to develop ministries in Cabo Mexico, Panama, Russia and other locations around the world.

This ministry comes from the loving heart of God, who wants all people to know, understand and apply His Word for the transformation of their lives and the lives of others. This relationship with God, and the resulting principles for living, were not meant to be enjoyed by any of us in isolation. God is using Total Life Ministries to reveal and impart the 3 steps that are necessary for the Word of God, and the Supernatural Life of Jesus Christ, to become a daily living reality for every believer! 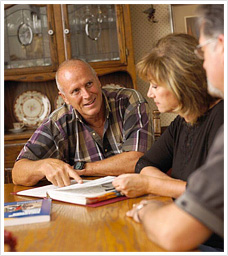